I knocked on the door to the  office.  I attempted to peer inside.  Deciding that I needed to step away before a neighbor called the cops on the mysterious peeping tom, I started walking towards my car.  As I reached for the handle I heard the bells attached to the office door.  Spinning around, I was almost relieved to meet eyes with my…interviewer.  Wait a minute.  This woman is dressed in tight jeans and a baby doll tie dyed top.  She looks like she is on her way to a barbeque.  Her outfit was completed with thick hoop earrings that slammed against her shoulders every time she turned her head, and a variety of animal print designs on her toe nails.  It was quite a contrast to my button down blouse and pencil skirt.  Maybe she is… part of the cleaning staff…the receptionist…As I stood there trying to mentally explain away the woman’s ridiculous outfit she introduced herself and confirmed that she was indeed the woman I had been in touch with on the phone – Candy Stinson, my interviewer.

Candy tried to confirm my receipt of the email she promised over the phone.  I shook my head nervously because I had not gotten it.  As a result, I was punished with a 20 page application affixed to a clipboard.  My nervousness lifted quickly when the interviewee after me, dressed  in acid washed jeans, walked in asking about the email she had never received.  I guess I should have been as bold with my questions and wardrobe, because Acid Washed Jeans was ushered right in the private  office to begin her appointment, even though her interview was scheduled after mine.

I had to pull out my driver’s license 3 times to answer the same f*cking question on three separate pages of the application.  Despite my ordeal I still had 30 minutes of wait time after I slammed the clipboard on the table for a total of – wait for it – 1 ½ hours of waiting to be interviewed past the time Candy and I agreed to meet.

When I finally made it to the oval mohagany table it quickly turned into an interview for Candy.  She didn’t have a good reason for why she had lost so many staff members in the past month.  She started promising me the world.  She, apparently, could get me higher pay than most of her staff.  Maybe she could even get me a position as assistant director.  After the interview I never heard from Candy again.  It’s going to be a long job hunt if this is the caliber of interviews I am in for.

One thought on “Banning Leopard Printed Lacquer from the (Job) Hunt” 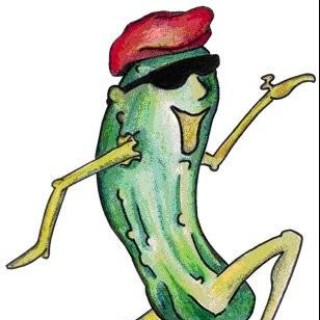 A unique, confident, determined PICKLE persevering amongst many grains of sand.